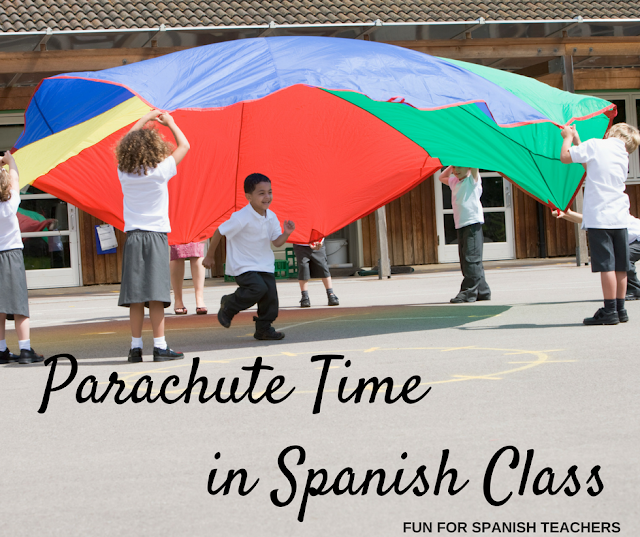 Here are some fun activities to try in Spanish class:

• Have the children move around the room while saying marcha (march)¬ and have them stop by saying para (stop). Do the same with the other actions: salta (jump), arriba (put hands up), abajo (put hands down), adentro (go inside the circle), afuera (go outside the circle).
• Use a parachute for active play or a sheet, and have the children do the previous actions. Place an object in the middle of the parachute/fabric, preferable an object related to the themes explore before (numbers, colors, animals, etc) to link the lessons.

Visit 1-2-3 Spanish Together on iTunes for more fun songs in Spanish!