A Chant That Teaches Greetings and Introductions in Spanish

Chants are a great way to provide space for repetition and also put sentences that sometimes could be boring to practice into a rhythm and context. Plus, chants help memory!
I learned from Mama World that this song is called “Ambó Ató,” and it  is based on a traditional song that has its origins in France and later was translated and sung in many Spanish speaking countries.
The rhythm of this song is very catchy and can easily be used to involve everyone in class.  Just create new sentences and replace the main sentences in the song and get ready to have your class singing.
This is an example of how the song can be used: 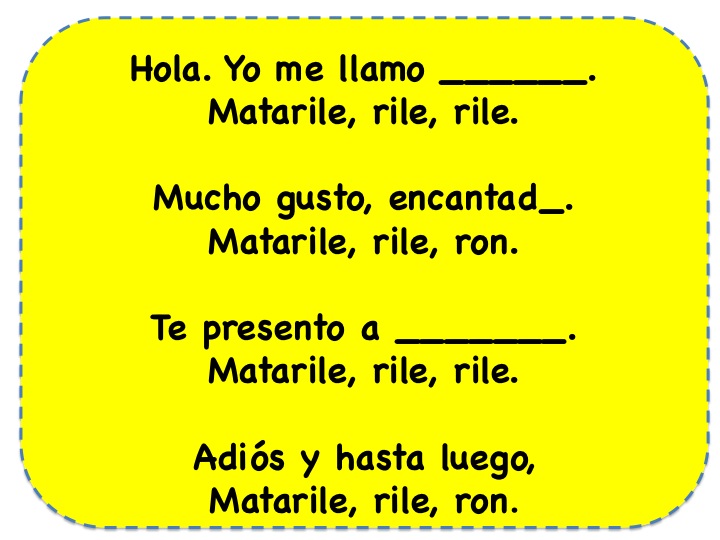 Click here to listen to the actual song!
Have fun singing in Spanish!
Carolina