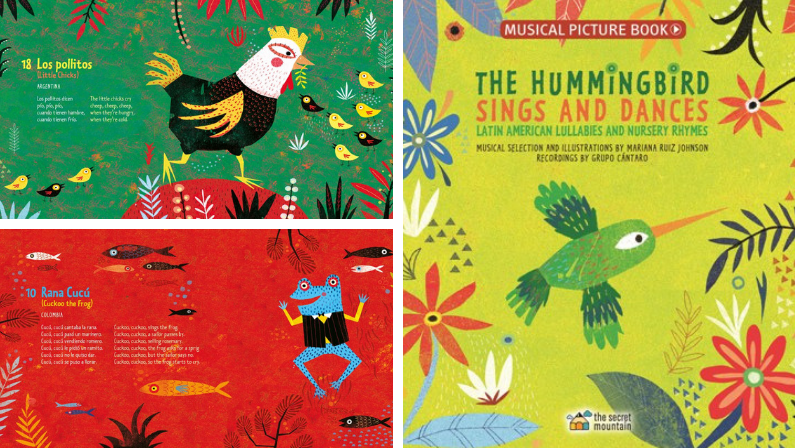 I love finding opportunities to bring the sounds of traditional and authentic music to my Spanish classes. Music is also a way to show students the diversity of the different Latino cultures. The Hummingbird Sings invites you as a teacher to take your students on a trip around Latin America through music. This music CD includes 19 songs that were recorded by the fabulous Grupo Cántaro.

If you are looking to bring authentic resources to your Spanish class, this musical collection is a “must have” for Spanish teachers. Not only is the music beautiful, but the book itself is a work of art. You can use the illustrations to introduce the songs and also to talk about the different vocabulary and phrases in each song. These pictures will give your students a chance to talk about colors and animals – as well as to locate the countries where the songs come from on a map.

I am lucky enough to already have a copy of this book thanks to The Secret Mountain Publishing company, who asked me to review it. I am passionate about spreading the love for authentic music in the Spanish classroom, and one lucky teacher will get to add this music collection to her/his realia.

If you would like to participate in this giveaway and have the opportunity to win this awesome music,  just enter below to participate. Participants in the continental United States and Canada only. Winner will be announced on October 9th, 2018. 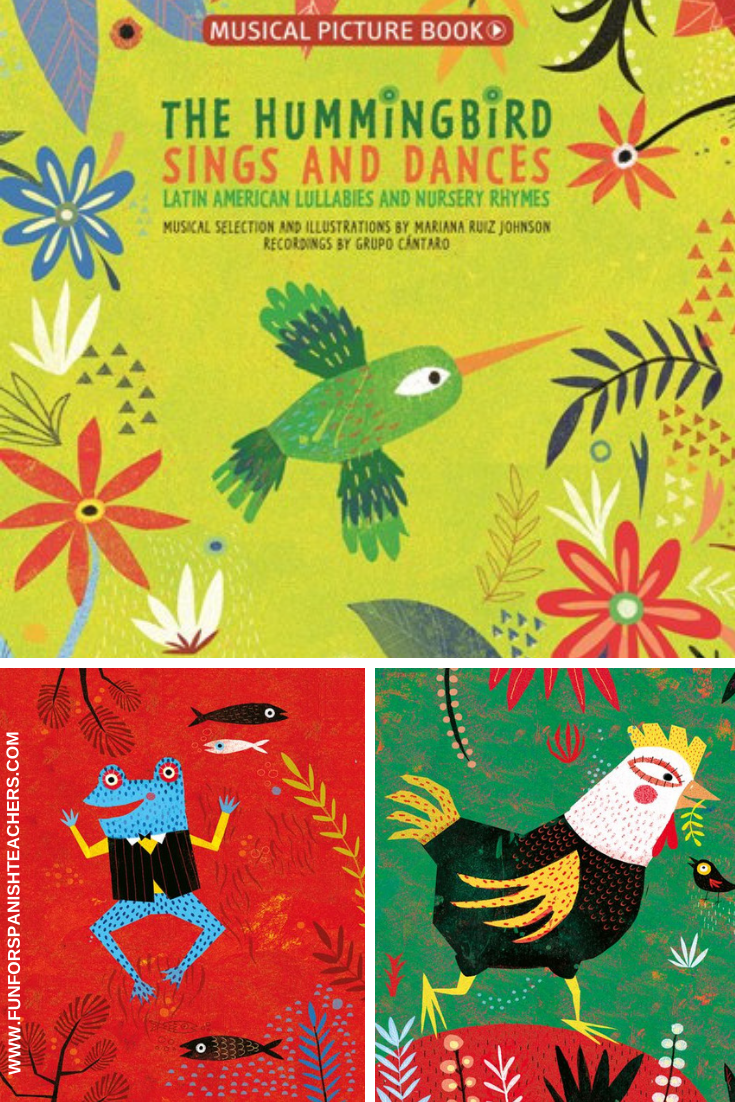 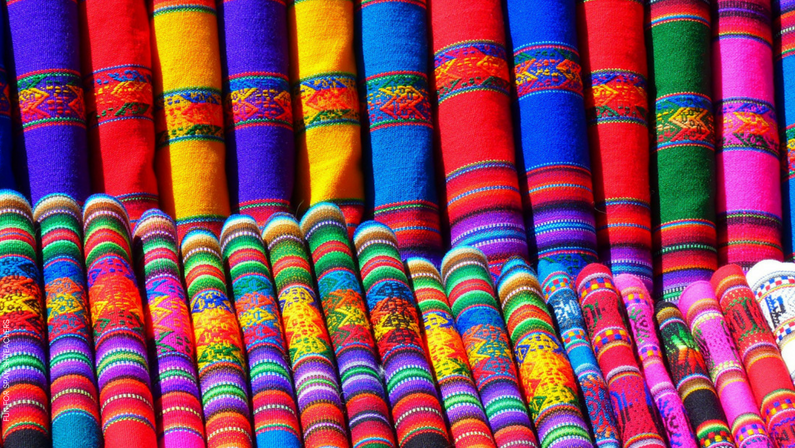 Nothing like the sounds of traditional music, and the stories behind it! I love when I am able to find a song that belongs to and represents one of the Spanish speaking cultures – and use it in my classes. Bringing traditional songs to the classroom is a way to teach our students that the Spanish speaking world in not just one culture,  but that it’s made up of many cultures. It’s a way to show that there is all kinds of cultural diversity out there. However, using traditional songs in elementary school is not an easy task. Finding traditional songs that suit the levels we teach can be challenging because sometimes they have too much vocabulary and complicated structures and sometimes not enough repetition. So I know I have to work on simplifying them for my students to comprehend. Sometimes I just choose parts of a song to focus on, which usually happens to be the chorus.

This is how I recommend teaching traditional song at the elementary level:

This is one of my favorite songs. I used it with my kindergarten students this year, and their reaction was beautiful! The first time they heard it they were in love with it, but some of them expressed sadness. I love how they were able to feel the song without the need to understand every single word.
I created a Powerpoint to talk about the song before teaching it to the class. I took screenshots of the video and added more images to use while taking about the pictures.  Believe it or not, there is a lot to talk about in these pictures. Below you may find a sample of a script that I used while talking about the pictures. Expect some of the children to come up with more details. I used this song with kindergarten close to the end of the school year. I noticed that sometimes my students participated by using English, but I let it go to avoid frustration and would do the following instead. For example, one of my students said “There is a sun!” Then I pointed to pictures saying “Hay un sol,” then pointed at the side pictures on the slide, saying “Hay una luna.” Then I went back to the slide and said “¿Hay un sol o una luna?” In this way, I was giving them some vocabulary prompts and avoided some frustration at this level, allowing it to flow naturally.
Here is an example of the conversation I had with my students using the slideshow I created to make the song comprehensible.
Slide one:
¿Qué animal es? ¿Es un perro? ¿Es un gato? ¿Es una llama? No, no es una llama. ¡Es una vicuñita!  ¿Es un perro o una vicuñita? ¿Dé que color es la vicuñita? ¿Hay vicuñitas en Austin, Texas? ¿Qué animales hay en Texas?  ¿Dónde hay vicuñitas? Hay vicuñitas en Perú, Bolivia, Argentina y Chile. This is a great opportunity to pull out a map!
Slide two:
¿Qué animal es? ¡Hay una persona! La persona mira la vicuñita. ¿La persona es amiga de vicuñita? ¡Hay un sol! ¿Hay un sol o una luna? Hay cerros, muchos cerros. ¿Hay playas? ¿Hay playas o cerros? ¿Hay playas en Austin?
Slide Three:
Recycle structures from the previous slides. You will see that by this time the children will start recalling vocabulary on their own. You can add “¡Hay otra persona! Hay un niño y una niña.” You can go to the class and count how many niños and niñas are in the class. Again, recycle structures from previous slides, for example “La persona es amiga de vicuñita.”
Slide Four:
¿Qué animal es? ¿Es un elefante? ¿Es un perro? ¿Es un gato o una vicuñita? La vicuñita dice, “yo soy vicuñita.” La vicuñita dice “¿yo soy un perro?” La vicuñita dice “¿yo soy un perro o yo soy vicuñita?”
Slide Five:
Hay otra persona. ¿Es una niña o un niño? La persona no es amiga de vicuñita. Es un cazador (hunter). ¿Es un doctor o es un cazador?
Slide Six:
Vicuñita está triste. ¿Vicuñita está triste o feliz? Vicuñita no está feliz. ¿Vicuñita está en la playa o en los cerros?
Slide Seven:
Hay lana, mucha lana. ¿Hay lana o plástico? El pelo de vicuñita es bueno para lana. El cazador quiere la lana de vicuñita para hacer un suéter.
Slide Eight:
Hay un círculo. ¿Hay un círculo o un triángulo? Vicuñita está con sus amigos.
Here are the lyrics of the song. I also created a Powerpoint with the lyrics, that I also use when not using the video to sing along. I chose just a few structures that I really wanted my students to get from this song. I might focus on more “chunks of language” with grades that have had more exposure to Spanish. These are highlighted in the lyrics below:
Del cerro yo vengo con mi vicuñita,
Del cerro yo vengo con mi vicuñita.
Cantando y bailando para mi cholita,
Cantando y bailando para mi cholita.
Yo soy vicuñita y vengo de la Puna,
Yo soy vicuñita y vengo de la Puna.
Vengo escapando de los cazadores,
Vengo escapando de los cazadores.
Mala ya la hora de ser vicuñita,
mala ya la hora de ser vicuñita.
Todos me persiguen por mi lana fina,
todos me persiguen por mi lana fina.
Last, but not least, we create gestures together to go along with our singing of the song.
This version is also great to show your students the instruments that are used to play this song:

It definitely takes time to make sure the song is understandable for the children and even more at the beginning levels, but the reward is worth it. My students kept asking for this song, and a few of them shared with me in the end of their year evaluation / reflections that La vicuñita was their favorite song. I shared a post on Instagram where you can hear just how much they were feeling the song. 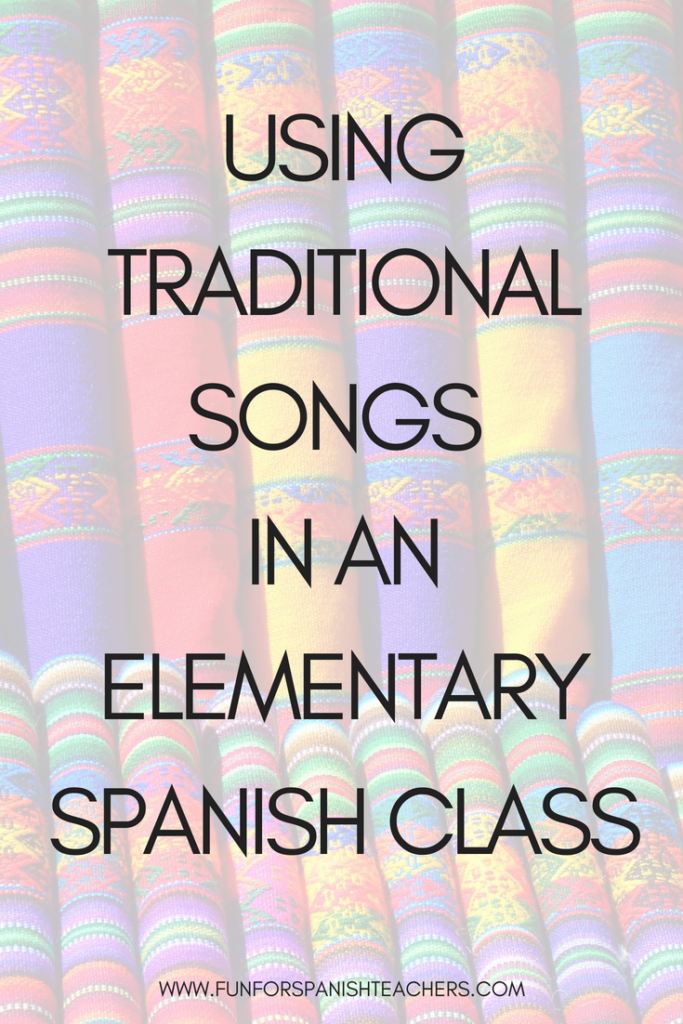 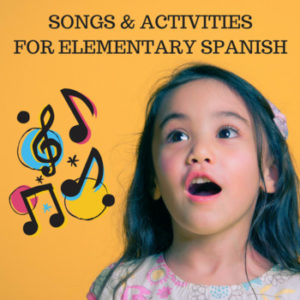 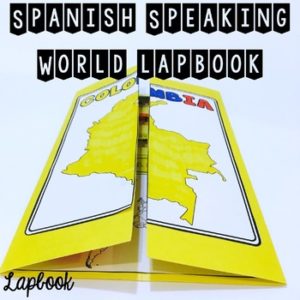 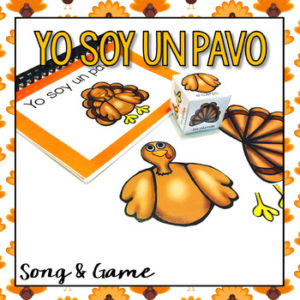 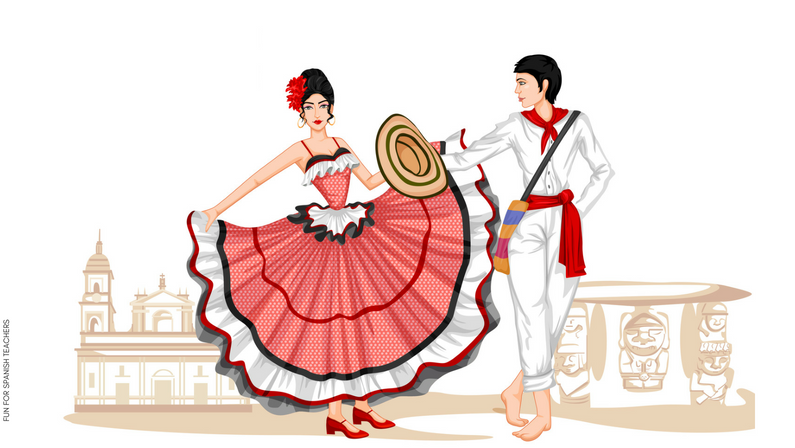 As a Spanish teacher, I like to look for opportunities to integrate culture into my curriculum. Sometimes this happens unintentionally, but I often have to look for opportunities to make it happen. I have found that music is a great way to bring some culture into my classes. This time I am sharing  a song with you that is part of my music collection which is available on iTunes. Before you start dancing with your students you might want to share with them that cumbia is a traditional music that has its own dance and originated on the Caribbean Coast of Colombia.  Cumbia itself has influenced other rhythms in Latin America. As a proud Colombian whose both parents were born on the Colombian Caribbean Coast, I grew up listening to cumbia and vallenato 24-7, so I have a special love for it.

What a great opportunity to pull out a map and locate Colombia. You can also show a clip of the Colombian cumbia dancers to your students. The song in the following clip is called “El Pescador” and is sung by Colombian singer “Totó la Momposina.”

Ready to try some cumbia in your class? This cumbia is perfect for teaching parts of the body. 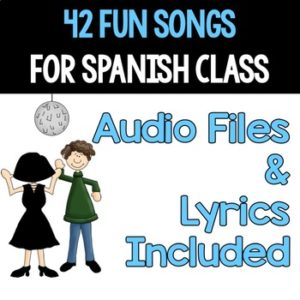 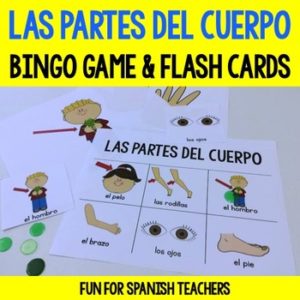 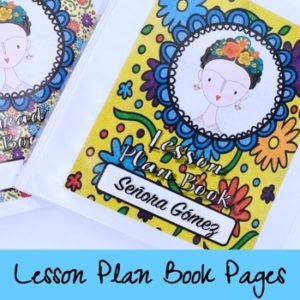