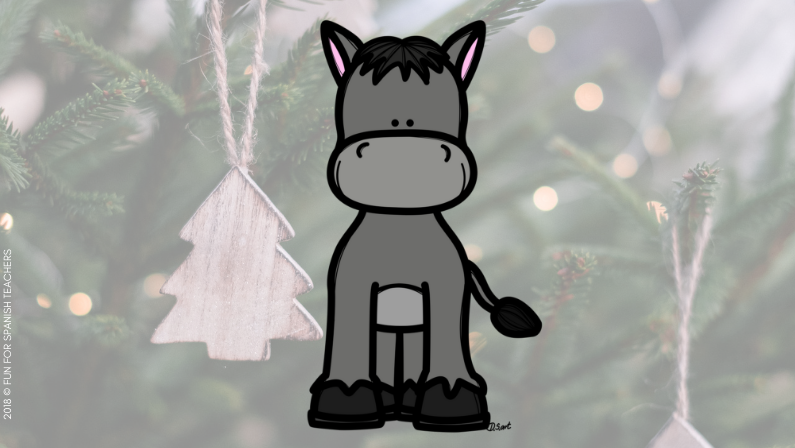 El Burrito Sabanero is one of the most well known villancicos (Christmas songs) in Latin America. Listening to this song brings back memories of my navidades in Colombia with many of my childhood friends as we gathered around the Nativity scene praying and reciting Las Novenas de Aguinaldo. Although I always thought this song was Colombian, I learned that it was written by a Venezuelan composer named Hugo Blanco. The song was first recorded in 1972 with the voices of the chorus “La Rondalla.” Nowadays you can find many versions of the song. Here are a few versions. Which one is your favorite?

Download this printable to make props to use while singing the song. Have fun! 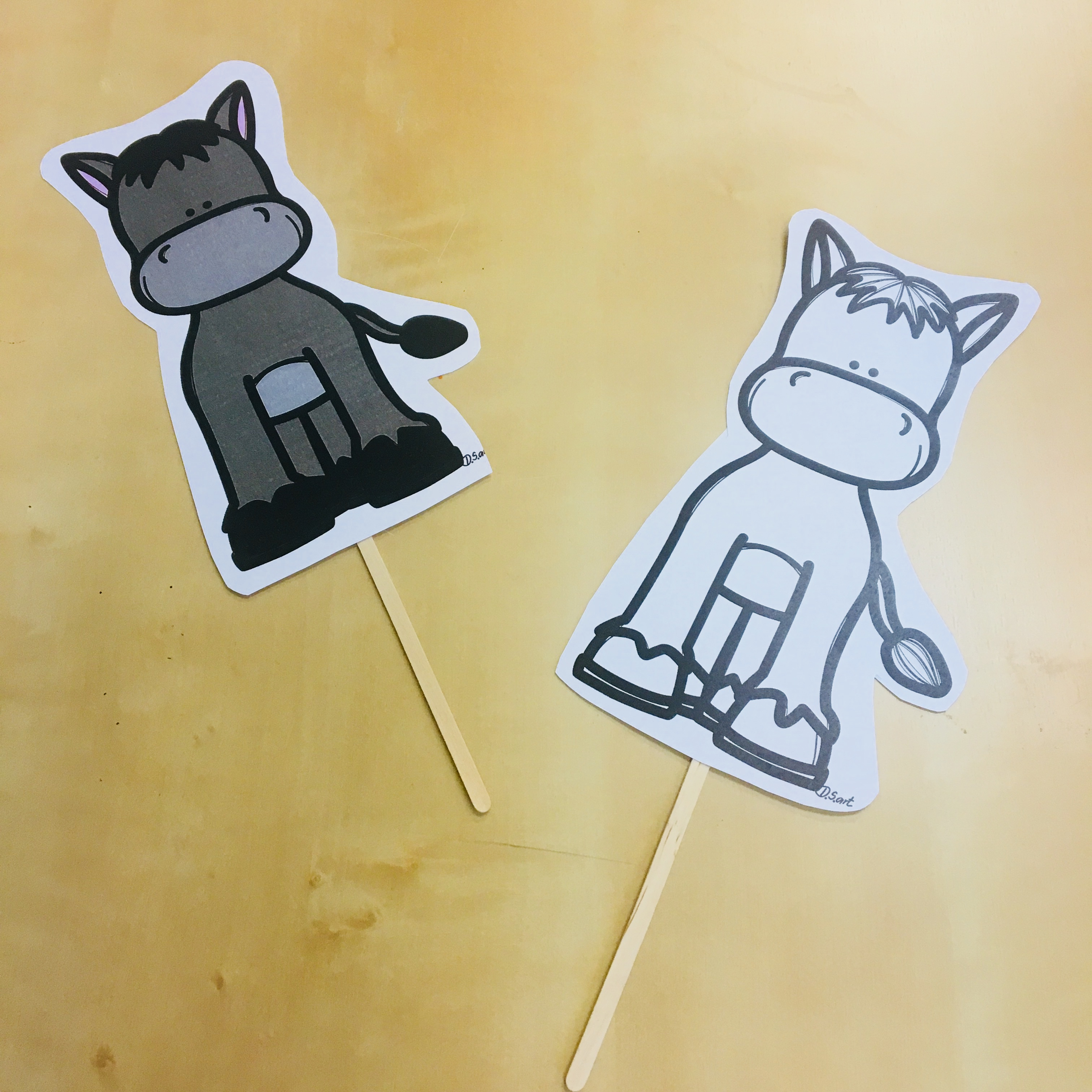 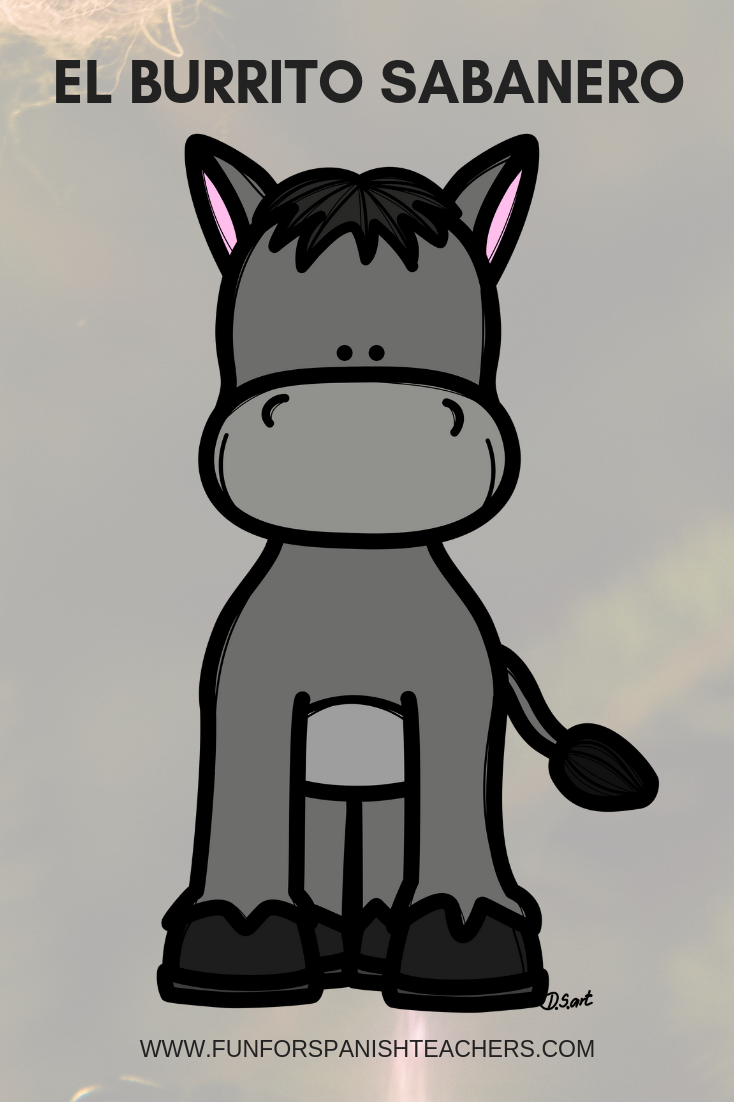 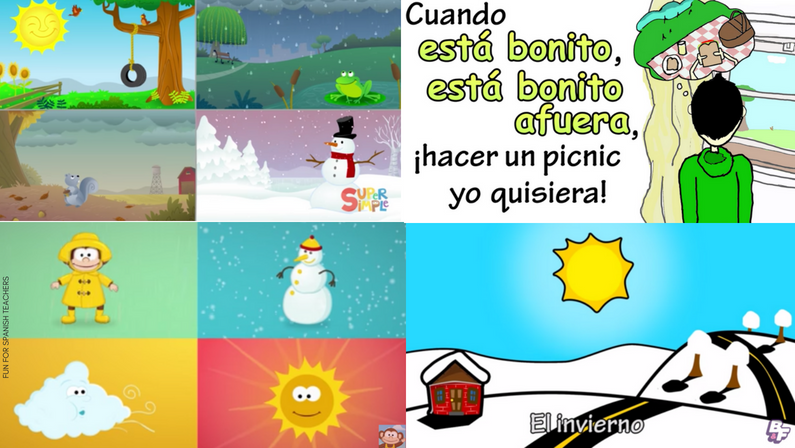 This is a collection of songs that can be used with different grade levels. They include a variety of vocabulary to express weather in Spanish, so I recommend you listen to them all and  pick the one that fits your curriculum or lesson the most. Here are my favorite seasons and weather songs for elementary Spanish from YouTube. 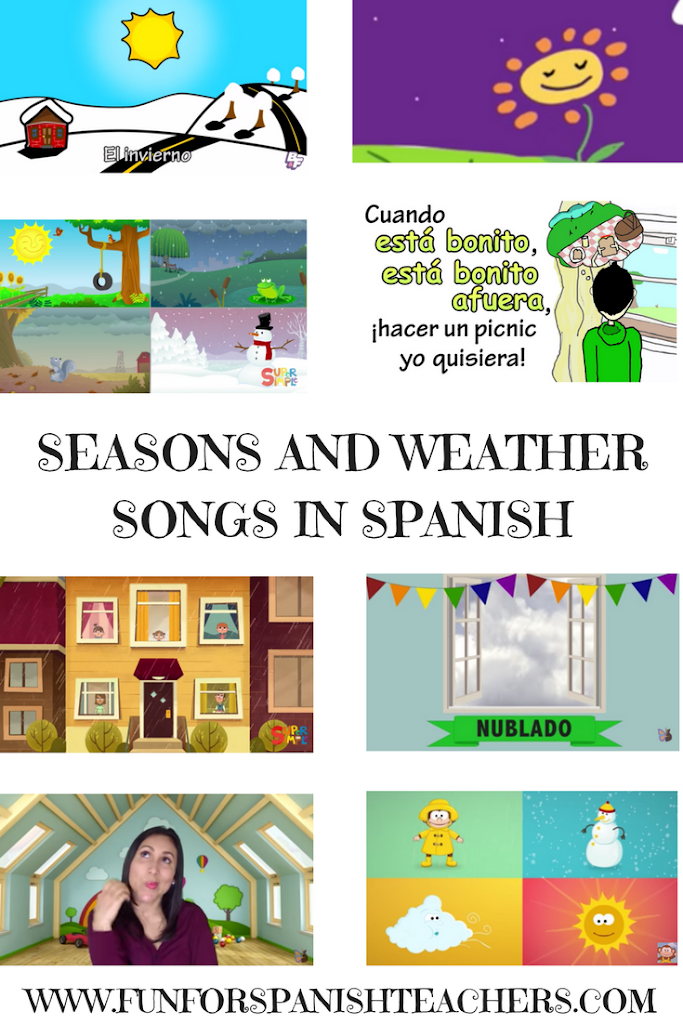 Have fun singing in Spanish!
Carolina 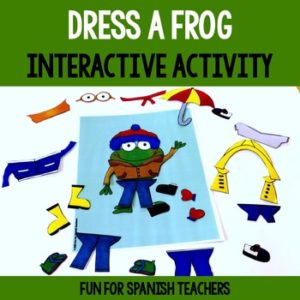 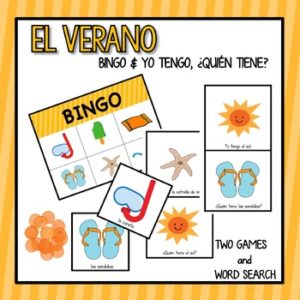 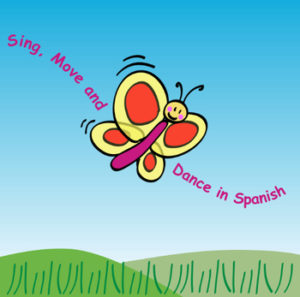 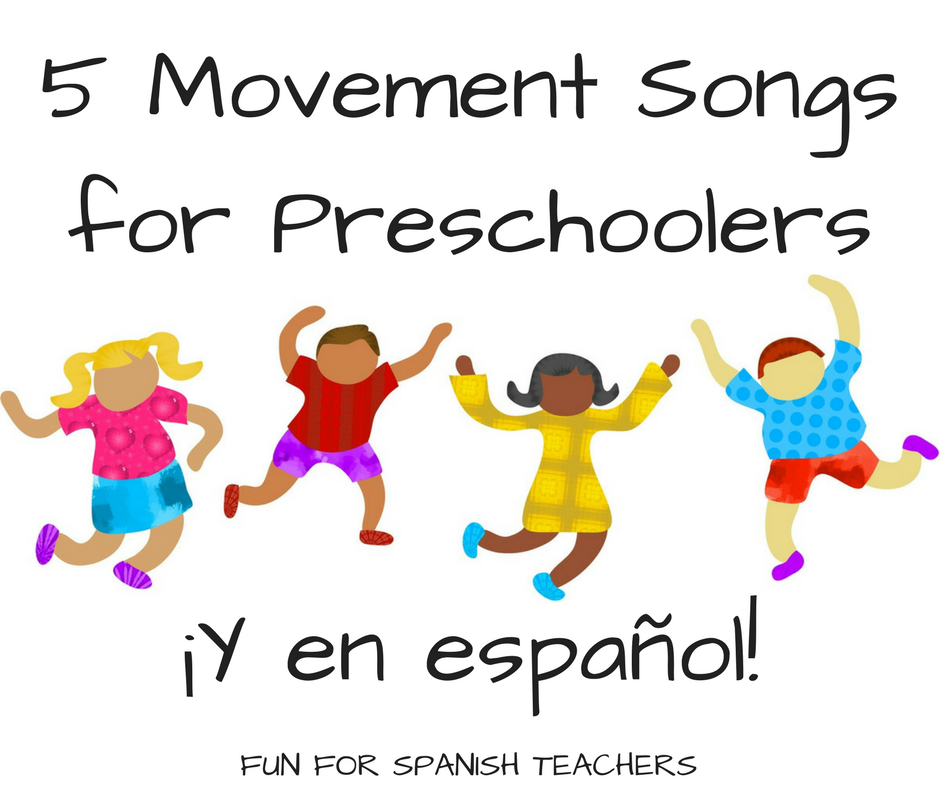 If you have ever taught preschoolers you already know that they need to move a lot! Moving is part of their learning and growing, so why not use it as a tool to engage them? Here are five songs that are part of my Spanish & Movement program.

La Pelota:
I use a big inflatable beach ball with this song. I toss it around while we practice the phrases “pasa la pelota” and “tira la pelota.” I also have small inflatable balls for children to use in pairs. I do have to admit that it gets crazy, but children love it. Something that works great for me is modeling the phrases before playing the game.

Burbujas:
Through teaching Spanish to babies and toddlers I discovered these awesome bubbles by Gymboree (please note that I am not associated with them or endorsing their brand, but the reason I do really like their particular bubble formula!).  The best bubbles need to be light enough to float and hang in the air and not pop immediately when touching other bubbles. This is so that children can capture them and then pile them up on their hands in bunches, giving me time to count and also practice repeating “más, por favor.” I haven’t yet met a preschooler who doesn’t like bubbles!

La Batalla del Calentamiento:
This song is great to practice naming the parts of the body while moving. I love adding other parts of the body that are not included in the song. I also sing the song without the music and ask the children to choose a part of the body they would like everyone to sing in class.

El Ritmo del Tambor:
Use TPR to introduce the vocabulary of the song to the class. Start playing the drum. Have the group stand in a circle and follow every movement in the song: baila, camina, marcha, salta, corre, duerme and despierta.

Danza de Paracaídas:
Nothing like parachute time! If you don’t have a play parachute, a big piece of fabric works well, too. Click here to find more ideas.

If you are looking for more tips for teaching Spanish to preschoolers, I have a whole post dedicated to that topic. Please click here to visit the link to it! 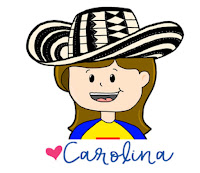