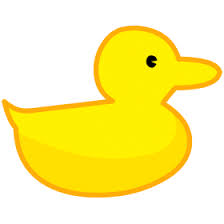 The weather is finally awesome here in Boston! With the end of the school year approaching so quickly I have decided to take advantage of “el clima” and dedicate the last few days to play outdoor games to review and support some of the units explored in class this year.

I took my kindergarteners outside to play a game that we had learned before in the classroom. It was a lot of fun, and everyone wanted to participate. The game is very simple and is accompanied by a chant. The class makes a circle, and once in the circle everyone starts chanting and moving and dancing according to what the chant says:

Then we invite a child to dance in the middle of the circle while the rest of the class chants “pato, pato, pato!”

This is a never-ending game because everyone wants a turn being “el pato.” It’s so much fun, and the children get to enjoy the beauty of being outside while chanting in Spanish.