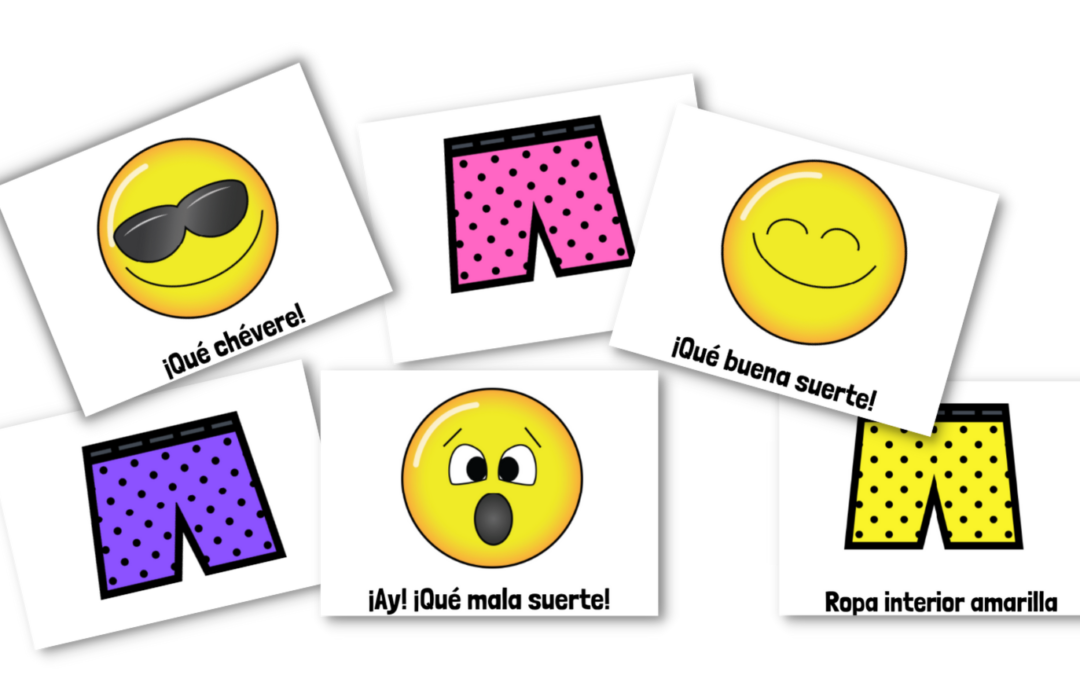 Through this game children will learn about this fun tradition and three simple common expressions in Spanish: ¡Qué buena suerte!, ¡Qué chévere!, ¡Qué mala suerte! You will need good luck to play the game well, of course!
This game is simple but super fun! Find it on Teachers Pay Teachers! 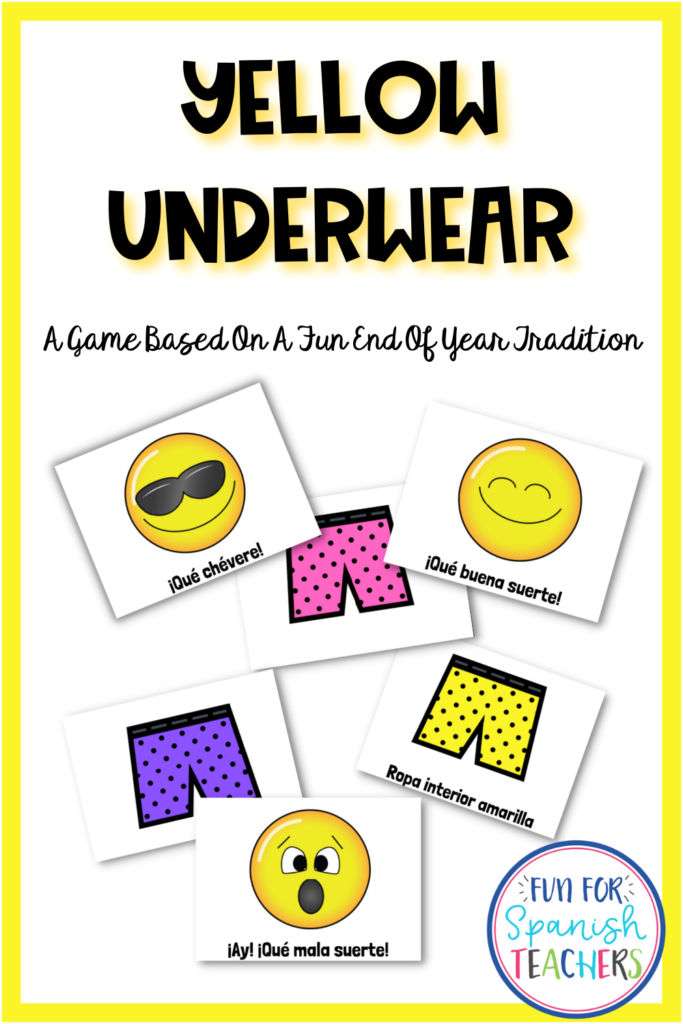 * I share teaching strategies, tips and ideas for preschool and elementary language educators
* PD and Resources ↓

💚These bean bags have been a lifesaver these

🎉These are some New Year’s Eve traditions tha

🎉 The Años Viejos made their appearance again

🎉 This game is an oldie but goodie! It’s perf

☃️ Are you ready for the winter version of the

⭐️ Have you heard of the “Año Viejo” tra

❄️ The cold has finally arrived. It has been m

🍁This song and activities are always a hit with