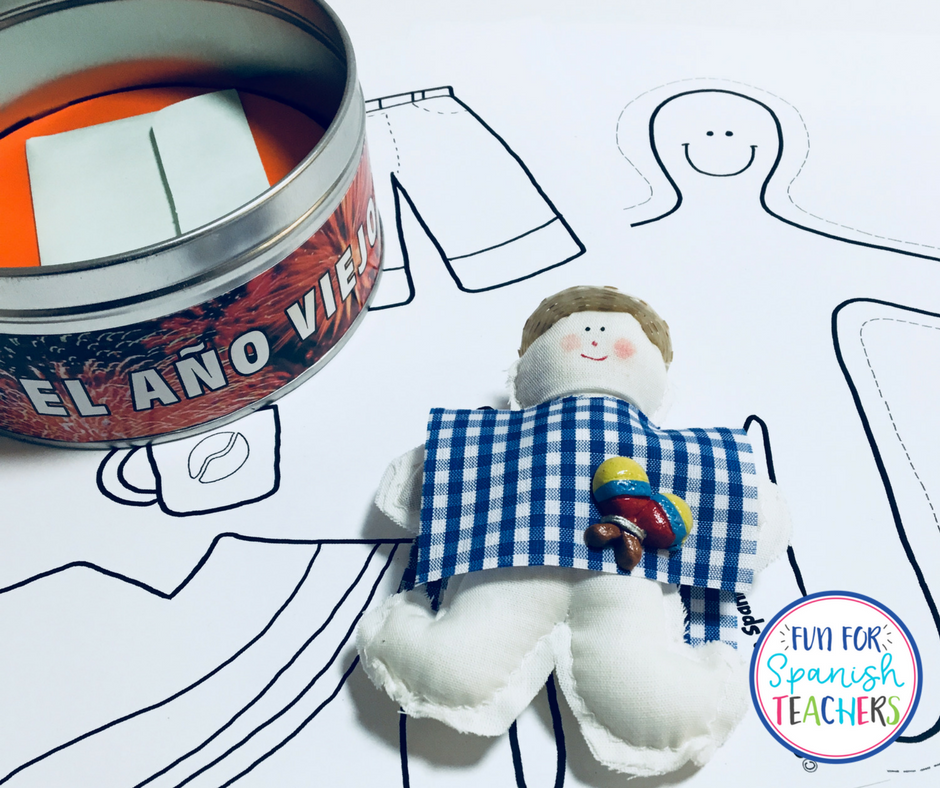 It has been a long time since I’ve hosted a giveaway, but I couldn’t exist this great opportunity to host one that allows me to share one of the traditions that I miss the most when I’m unable to be in Colombia for the holidays.

Growing up in Colombia I remember all the hurried confusion that suddenly erupted during the last five minutes of every year: listening to “Faltan cinco’ pa las doce” and the poem called “El brindis del bohemio”, getting the 12 grapes ready, looking for a suitcase if you hoped to travel, putting dollars in your pocket to become rich in the new year, making sure you have “los cucos amarillos” (yellow underwear) and last, but not least, the excitement of burning the Año Viejo. Traditionally a full-sized stuffed mannequin and filled with fireworks or gunpowder and straw, an Año Viejo symbolizes starting anew, leaving bad things behind and setting goals for the new year – like a reset button (in addition to making political statements). Due to safety issues, many cities have opted to ban full-sized Años Viejos. So instead of coming together neighbors, blocks, or small communities, Años Viejos are now more of an individual family thing, reduced to a smaller, safer size. But no matter what, burning the Año Viejo is always followed by the sound of a new song on the air, “El año viejo”!

I have written all about this tradition in the past. Please visit this post to learn all about it!

Ready to participate in the giveaway? 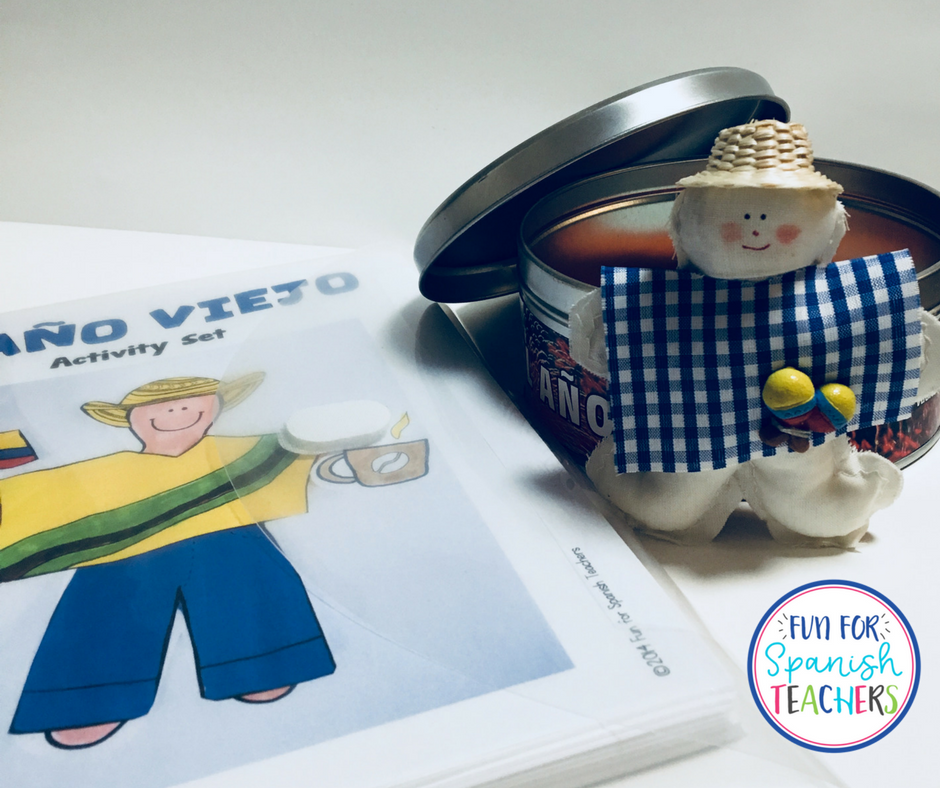 If you would like to participate in this giveaway and have the opportunity to win this awesome Año Viejo set,  just enter below to participate. The winner will be announced on November 30th, 2017. Participants in the continental United States only. 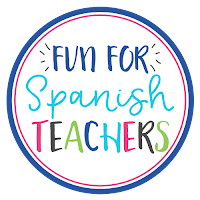